***Note: All Operations are discontinued due to complete lockdown of India affected by COVID 19 till further notice. We expect your cooperation.
"Stay At Home, Stay SAFE."

About Chardham Yatra of Uttarakhand

Chardham yatra 2020 - Char Dham yatra of Uttarakhand is one of the most sacred things between Hindus. Every year thousands of hindu devotees come to visit char dham of Uttarakhand. The 4 temples of chardham open for around few months in a year as the climatic conditions of these pilgrimages are difficult in winters.

Opening Dates of Chardham Yatra for 2020

Closing Dates of Chardham Yatra for 2020 The seat of Yamuna Ji and origin of the holy river Yamuna is known as Yamunotri. The Yamunotri temple is the main attraction of Yamunotri Dham. The actual source Champasar Glacier is about 1 Km up from the Yamunotri Temple. The Yamunotri Temple was constructed by Raja Pratap Shah. Surya Kund and Gauri Kund is the most important part of the temple which is a hot water spring. There is 13 Km trek from Hanuman Chatti and 6 Km walk from Janki Chatti to reach into the main temple. The temple often opens in April/May on the day of Akshaya Tritiya and closes on October/November in Yama Dwitiya (the second day after Diwali). 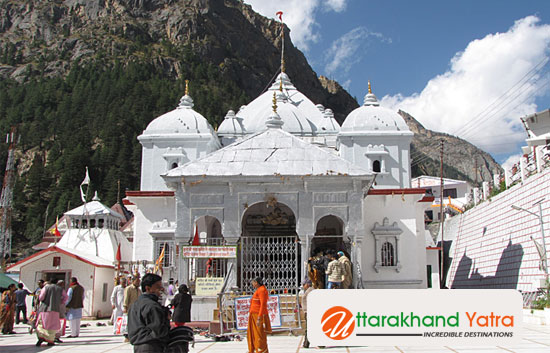 The Gangotri temple is dedicated to Maa Ganga (Ganges), a holy and most sacred river for Hindus. Gangotri is situated at Uttarkashi District of Uttarakhand. The river Ganga known as Bhagirathi on its origin and acquired the name Ganga from Devprayag where Bhagirathi meets to river Alaknanada. Gaumukh is the origin place of River Ganga which is also known as Gangotri Glacier is about 19 Km trek from the Gangotri Temple. People can also trek to Gomukh for a divine experience and to see the origin of Godess Ganga on the earth. The doors of the temple often open on Akshaya Tritiya and closes in Diwali.

Badrinath is also known as Badrinarayan Temple which is another name of Bhagwan Vishnu. The Badrinath Temple is situated in the bank river Alaknanda in the Badrinath town of Uttarakhand. There is a black stone image or Murti of Bhagwan Badrinarayan under a Badri tree along with a gold canopy in the main shrine house of Badrinath Temple. Along with the Badrinarayan Murti, there are 15 more Murties of Hindu gods & goddesses around the temple including Nara & Narayana, Narasimha, Lakshmi, Ganesha, Kubera, Narada, Garuda, Uddhava and Navadurga. The Tapt Kund, a hot sulphur springs is an important part of the temple.